As of 2020, there are 2.7 billion gamers spread across the world, and the number of PC gamers makes up most of them. And it’s quite clear why there are more PC gamers than any other platform. PC games give you the freedom of fine-tuning your gaming rig, or you can even buy one already made.

What Do You Need When It Comes to Gaming

When it comes to gaming PCs, there are many things to take into account, from the graphics card to what color RGB lights you want. Anything to do with the aesthetic does nothing to your PC’s overall performance. As mentioned before, you can buy gaming rigs without having to worry too much about what’s inside.

Some of the most popular being Alienware, Lenovo, HP, and Dell come gaming ready. And once again, it all comes down to how much you are willing to pay for PC parts. But let’s take a brief look at what you should focus on when playing graphic intensive games:

The brain of the PC, the CPU, handles much of the actual gameplay. The CPU is in charge of receiving input instructions from your mouse and keyboard, running the game, loading maps, and processing events in the game.

The memory or RAM holds short-term information that is being accessed by the CPU. The RAM acts as a temporary cache spot where you would put things that need to be referred to frequently.

Why does a power supply matter? While your power supply doesn’t influence gameplay, an inadequate power supply can overheat your PC, and heat is never fitting for PCs.

The graphic card is what makes even the most graphic intensive game run smoothly. It handles the processing and rendering of images received from your CPU so that the graphic card can display it on your screen.

Even if you have a high-end graphics card, it won’t matter if your monitor is not a decent one. So always look for good display monitors that can handle the latest graphic cards. You can even get a wide-screen display monitor for an even better gaming experience!

The motherboard physically connects all the pieces and provides an electrical link between all of the main parts. It affects the speed at which the CPU passes information from one component to another.

Graphically intensive games require a lot of storage, and most gamers opt for 1TB or more storage. SSD storage boosts your PC’s startup time and game startup time, so it’s an excellent investment.

Heat is not suitable for any gaming rig, as heat will make your PC shut off. Investing in cooling will help you run any graphically intensive game with no problem.

Those are the most vital components to look out for when picking out a gaming rig that runs graphically intensive games. Once you get the best parts, you can worry about all of the PC aesthetics. Now let’s take a look at the eight games!

1. Shadow of the Tomb Raider

The reason is the lush and rich environment that you will be playing throughout the gameplay. On top of that, it has ray-tracing capabilities, volumetric fog, and particle effects that push dynamic lighting. Mix into that the action-packed combat, and it makes even the most advanced PC heat up!

One of the best free graphic intensive games out there, Warzone is an action-packed battle royale game. It has over 75 million players worldwide and offers plenty of fun mechanics. The map is enormous, and each match has over 100 players, which means it needs a decent PC to run.

What makes Warzone one of the most graphically intensive games is that a lot is going on throughout the entire match. There are vehicles, players shooting at all times, and a huge map (foliage, buildings, and water) to render. And above all, you will also need a good internet connection speed.

Another fun feature is the cross-play mechanic. So even if your console buddies don’t have an excellent PC like you, you can still play with them.

Based on Dmitry Glukhovsky’s novels, Metro Exodus sets you in a post-apocalyptic Earth that has been ravaged by a nuclear war. And we all know what happens when there is radiation in a game, lots of mutated monsters! This FPS open-world game will test any graphics card to the max.

Being an open-world game means your graphics card will continuously need to be rendering the entire environment. It also uses real ray-tracing, meaning that it mimics real-world lighting. So if your flashlight dies in a dark tunnel, you won’t see anything!

Metro Exodus is not for the faint-hearted, as there are many jump scares and dark areas. Just a warning if you aren’t into scary games!

The sixteenth installment of Battlefield, this entry is set during WW II. As with all Battlefield games, Battlefield V’s multiplayer is what draws people into buying it. With a wide range of weapons, types of equipment, and vehicles, every match is intense.

Similar to Warzone, Battlefield V needs to render a lot of things. Since many explosions are happening during the gameplay, lots of your graphics card must generate many-particle effects. Add in 64 players, and Battlefield V is one of the most graphic intensive games.

From the studios that created Max Payne 2, Control is a unique game that isn’t entirely known as the other entries. Control implements gunfight gameplay and supernatural powers. It also has an unusual story that will leave you wanting more.

Control uses real-time ray tracing, like the others, but what makes it one of the most graphically intensive games is the real-time reflection. Since the game is set inside an office building, you can find many reflective surfaces and see yourself. And it’s not only limited to you, as anything in the game world reflects off of surfaces, from bullets to enemies.

Considered one of the all-time best games ever to release, The Witcher 3: Wild Hunt is the Witcher series’s last entry. It’s another open-world game but with a third-person perspective. Your PC will need a powerful graphics card to render the Continent.

As with all open-world games, your PC will need to render a lot while playing. But in reality, what makes The Witcher 3: Wild Hunt one of the most graphic intensive games is the modding community. Many modders have been able to redesign the game to make it a truly realistic game, as realistic as a monster-hunting game can get.

You should play the previous entries to The Witcher game series. And, don’t worry, as they aren’t as taxing as the latest game.

Even though the Red Dead Redemption never came out on PC, the sequel became an instant hit. You’re a cowboy in a criminal infested land, and you’ll have to deal with all of the problems of 1800 America. Red Dead Redemption will surely test your PC’s might.

Red Dead Redemption 2 has dynamic weather, which means that there will be rain, snow, and even storms. The game also has a vivid land filled with animals and people, which your PC must render. Without a doubt, a must-play game if you have a powerful PC!

With over 11 main games and 17 spinoffs, Assassin Creed is a game series loved by many. This time, Assassin’s Creed: Odyssey puts you in ancient Greece. But it mixes in all of the mythological creatures the greeks believed in during that time.

It’s a semi-open world game filled with details, from the ancient architecture to the giant minotaurs. Since it focuses a lot on these details, it demands a lot from your CPU and graphics card. Not to mention it needs a considerable amount of storage.

Are You Ready to Play Graphically Intensive Games?

As technology advances, more and more developers will create graphically intensive games. That means that you might as well get a head start and get yourself a decent gaming PC. And once you do, you’ll be able to enjoy an unlimited amount of games!

If you enjoyed this article and found it informative, be sure to check out our other gaming-related posts. Without a doubt, you will enjoy them as much as you did with this one.

Civil Engineering: The Ins and Outs of a Lucrative, Creative Career 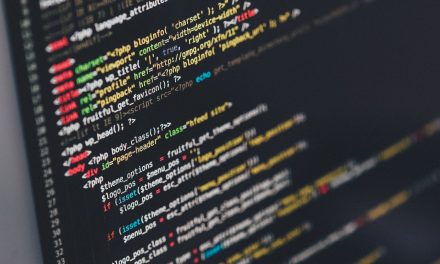 The Benefits Of Learning How To Code 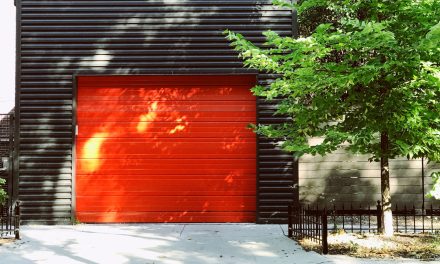 The Best Garage Door Openers For The Rented Houses